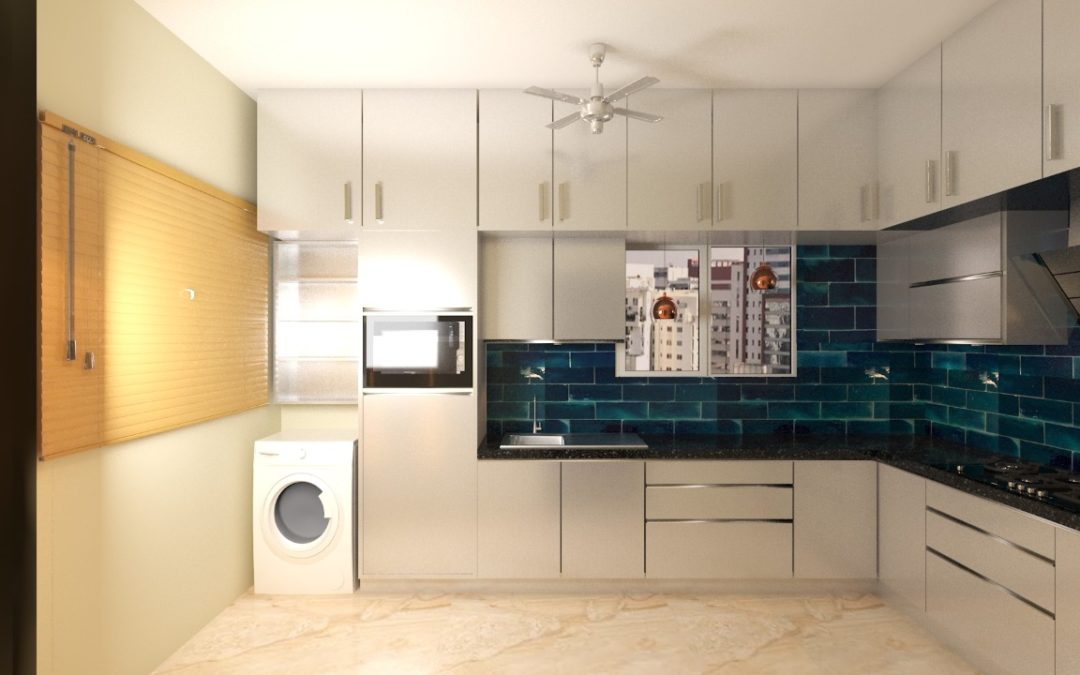 If you are planning to get the kitchen interior design done, then you must take into account some of the best kitchen layout designs. It will not only give you an outlook of the most popular kitchen trends but also help you figure out which kitchen layout will suit your requirements the best.

We all must have heard about this layout many times. It is the classic kitchen layout that enhances the efficiency of the kitchen manifold. This kitchen layout design emphasizes on the most used kitchen appliances that are refrigerator, gas stove, and sink. By placing these three important appliances or working zones in a triangular workspace, one spends less time moving around in the kitchen in order to get the cooking done, and thereby work efficiently as well as effectively.

The single-walled kitchen layout is the smaller house. In this kitchen layout all the appliances, cabinets as well as the countertops are along a single wall as the name suggests. It ensures that space in smaller houses is utilized properly and makes the kitchen area look bigger.

Generally, the kitchen sink is placed in-between the gas stove and the refrigerator in this kitchen interior design. To increase the counter space one can always opt for a kitchen island in front of the single-walled kitchen.

This kitchen design layout is also known as a corridor kitchen. It is normally in the shape of a hallway. Though this kitchen may be smaller in size as far as the floor space is considered it’s two walls ensures good storage space as well as counter space in the kitchen.

As this kitchen is a hallway like space in-between two walls it is also called a Two-walled kitchen.

The gallery kitchen will help you maximize the space in your house as it utilizes the space in a long and narrow hallway.

It is so efficient that most of the restaurants also have Gallery kitchen as its primary kitchen layout.

The L-shaped kitchen layout is exactly what the name suggests. It has one long wall and another short wall.  The long wall is usually fully cabinet and another wall perpendicular has a kitchen sink.

Moreover, this kitchen layout is also perfect for the open floor layout plan wherein the kitchen opens up in either a family room or living room. Thus ensuring that person working in the kitchen can communicate with family and friends in the living or family room.

In addition to that, a kitchen island will give extra working and food prepping space so that multiple people can also easily work in the kitchen.

It provides lots of storage space but also counters space, so that entertaining friends and family members, thereby cooking for them becomes a hassle-free job.

The U shaped kitchen consists of a three-walled kitchen and is open from one side towards the rest of the house. To make it even more functional, a kitchen island can always be included in the kitchen interior design layout.

To get the kitchen interior design done, make sure you connect with the HCD Dream Interior Solutions Best Interior Design Agency in Bangalore, India. Our team of experienced Interior Designers will get in touch with you soon to understand your various requirements, thereafter create your dream kitchen, which is absolutely perfect for you in every way possible.

Get More Info about us